The “Famous Pairs” game is a great way to engage all students around Valentines Day.    Since Valentines Day is all about “couples”, it is fun to point out that not all famous couples are people: salt and pepper, chips and guacamole, a fork and a knife and the list goes on!  It is a wonderful way to provide your ELs with opportunities for LISTENING. You can play this game a “couple” of ways, read on to decide which version you will play with your students.

You can simply print the Famous Pairs document, after you personalize it for your classroom by adding names from your school like the principal and vice principal and character names from favorite books you are reading. Cut out the names into slips and place the slips in a hat or bag.  Divide your class into two teams and one player tries to make their team guess as many famous pairs as they can in one minute.  Students can act it or use gestures and words (except the actual words of the famous pairs!) to help their team guess the answers.  The game can go on until the cards run out, or until one team reaches a certain number, or until the teachers decides it’s over.

Based on the Game Celebrity

Celebrity is a team-based party game in which you try to get your team to guess which celebrity you are.  The game play involves three rounds: (1) giving clues by describing a celebrity; (2) acting as the celebrity, and (3) using one-word clues.

Setup for the “Famous Pairs” Game

Divide the group into two teams of about three to six players per team/or class into pairs.  The “Famous Pairs” Game is unique in that the names can be generated by players themselves (unless the teacher selects them from the doc listed above).  Discuss ideas of famous pairs with students.  Give each player 3 small slips of paper (link above) and a pen.  Have everyone write down a famous pair on each slip (Do not fold the slips!  This will eat away at your time once the game starts!).  Possible names can include real people in history (e.g., Abraham Lincoln and Mary Todd), fictitious characters from movies/TV/books (e.g., Superman and Lois, Mickey Mouse and Minnie Mouse, Pac Man and the ghosts etc.), famous food pairs or food-related items (e.g. peanut butter and jelly, macaroni and cheese, fork and knife).

Do not reveal the names that are written.  Place all of the finished slips into a hat or small bag.  You’re now ready to play!

How Do You Play the “Famous Pairs” Game?

Round 1 (Verbal clues):  Team 1 begins by choosing a volunteer to start.  The 1-minute timer begins and he or she grabs a slip from the hat/bag.  The volunteer can share which category the famous pair falls under (real people, characters or food). He or she uses verbal clues to describe the famous pair on the slip, and tries to get his or her team to correctly guess the name.  Once the name is guessed correctly, 1 point is earned.  He or she sets the slip aside (these same slips will be used in future rounds) and quickly grabs another slip.  He or she tries to get as many points as possible before time expires.  If the volunteer or the person guessing do not know the celebrity name, he or she can pass.

Now it’s Team 2’s turn.  They also choose a volunteer and go through the same process with the remaining slips in the bag.  This process continues until all slips are correctly guessed and no more slips remain in the hat/bag.  Add up all the number of slips for each team. This is the score for round 1.

If you choose to divide class into pairs, you can play and keep score until all pairs have gone but as soon as all the slips are gone, round 2 begins.

Note: the person giving clues is allowed to say almost anything, with some restrictions.  You cannot say any part of the famous pairs’s name.   Also, you may not spell, rhyme, use foreign languages or give away letters.  Be sure all players understand these rules.

Round 2 (Acting it out):  Get all the slips from Round 1 and place them back into the bag.  THIS IS THE BEST PART FOR ELLs, THEY HAVE ALL HEARD THE NAMES AND HAVE AN IDEA OF WHAT IT COMING IN UPCOMING ROUNDS. Round 2 is similar to round 1, but instead of verbally describing the pairs as clues, players act as the famous pairs.  The player can speak in first person (“I am put on food to give it flavor!” for salt and pepper), or a more challenging version is similar to Charades in which players can not talk at all; they must simply gesture and use non-verbal clues.  Remember, the volunteer can share whether the famous pair listed on their slip is real people, characters or food.

Round 3 (One-word clues): The final round uses the same clues as Round 1 and 2 again, but this time, players can only say one word per slip.  Thus, the challenge is thinking of a descriptive, helpful clue in one succinct word. (“spices” for salt and pepper or “Disney” for Micky and Minnie Mouse).  Remember, the volunteer can share whether the famous pair listed on their slip is real people, characters or food.

After all three rounds, add up the points.  The team with more points wins the game. 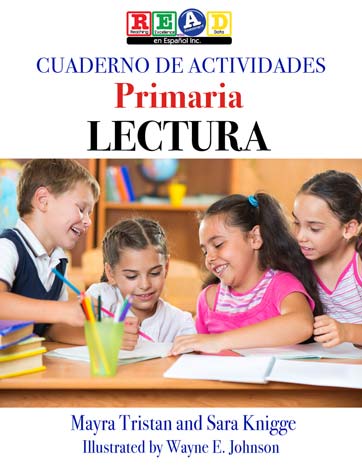